What a difference a day makes

Hagia Sofia: A return to nature and spiritual peace

It’s amazing what can happen when on the lookout for an interesting garden. Today we headed to Hagia Sofia Botanic Park. Hagia Sofia means something along the lines of ‘holy wisdom’ and in this case was defined as ‘natural wisdom’. http://www.hagiasofia.mx

We were picked up by our host and owner Armando, a white-haired, debonair looking fellow. We were the only clients so we jumped in his truck and went for the hour-long drive to the garden in the mountains east of town. Along the way we found out that Armando had been the head designer of his father’s company that made a high-end line of men’s shirts. He had travelled all over the world finding fabrics. He had decided that he’d had enough of the business world and wanted to give back to the planet and his country and people. Twelve years ago he bought 130 acres and started an agro-ecological project committed to sustainability with the aim to train future generations about how to rejuvenate and protect the land while making a living. 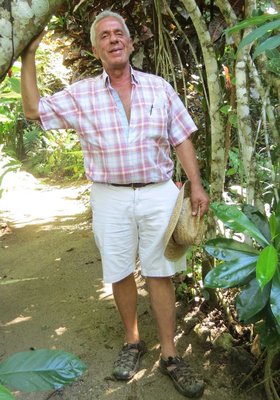 Using knowledge he had gained from his world travels; he has created a farm with fruits and lumber from Mexico and southeast Asia that will produce a harvest that can be sold at local and regional markets.

On our way to the garden, because we had shown interest, Armando took us on a side trip to Santa Maria Huatulco, the original 450-year-old town in the area. Very much a small Mexican town off the tourist circuit, the streets were lined with small shops selling a wonderful array of local fruits and vegetables. We stopped at the church for Fred to take a picture and learn that Huatulco means ‘the place where wood is adored’. (Long story but not a about a bunch of loggers; it was a huge strong wooden cross that British pirates tried to destroy but were unsuccessful) 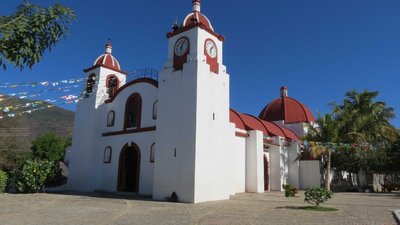 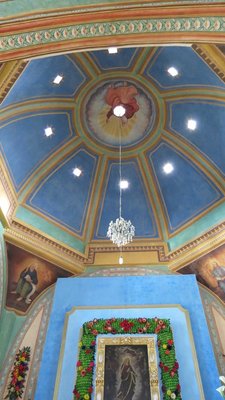 We then carried on to pick up some tortillas from a friend of Armando’s, hot off the outdoor wood grill and sample a delicious glass of corn milk – Fred was given to drink a concoction made of up of corn, cinnamon, and milk plus other ingredients. 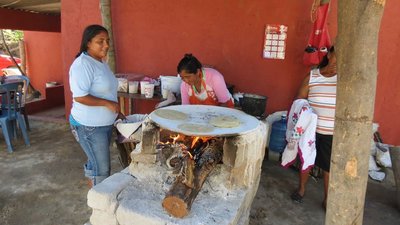 We arrived at the garden in time for a Mexican breakfast which is around 10 a.m (after starting work at first light to avoid the heat). We sampled a variety of fruits grown on the farm, including bananas, papaya, jackfruit, cumquats, star fruit, almond fruit (not the nut, that was for later), and lime/lemon juice. Blanco, the cook, prepared us coffee and quesadillas on the wood grill. 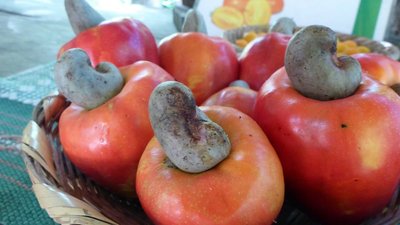 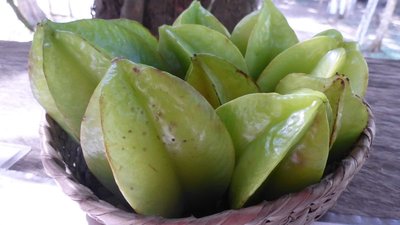 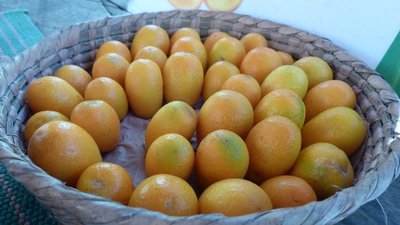 Happily fortified we headed down the trail with Armando to the flower garden. Armando seemed to know and love every plant in this lush tropical collection. Remember we are now up in the mountains well away from the ocean. As we walked along he touched and checked on the plants as he introduced them to us. This lush jungle with a brook running through it, orchids carefully planted on the trees, flowers popping up and hanging down around us was such a contrast from the dry, scrubby coastal area. 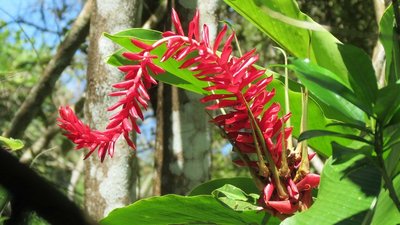 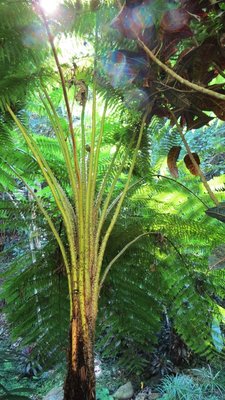 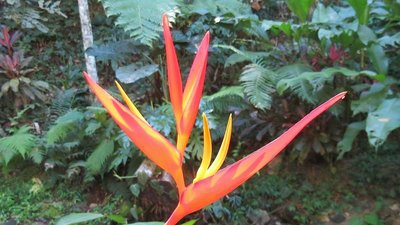 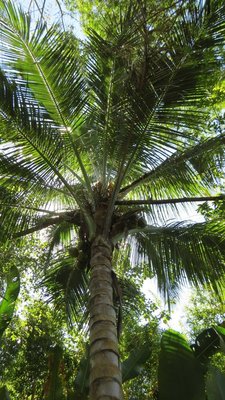 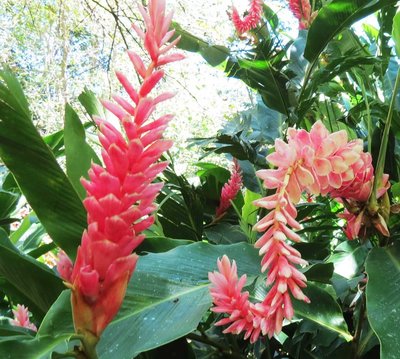 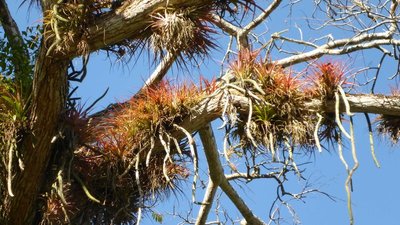 After a brief rest in some hammocks by the river and some butterfly spotting, we carried on up the hill to the orchard. Armando was growing not only a variety of fruits and nuts but a variety of kinds of many other things including but not limited to; mangos, avocados, papaya, pistachio, almonds, cinnamon, cacao, and on and on. His plan for this area is to put in some cabins for visitors to stay in. 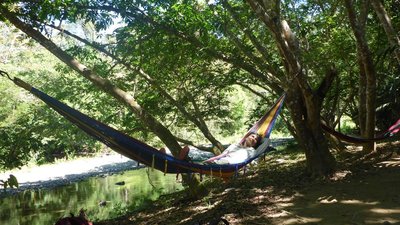 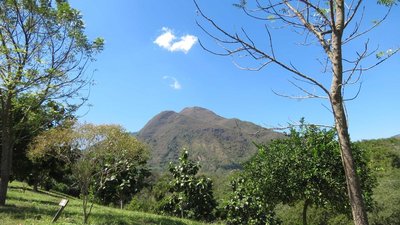 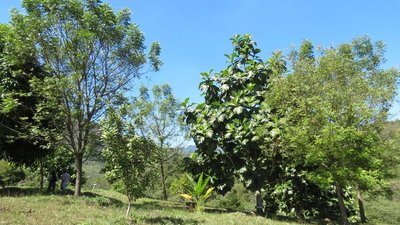 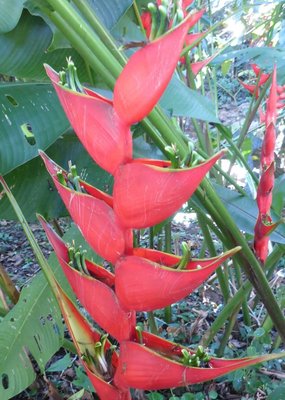 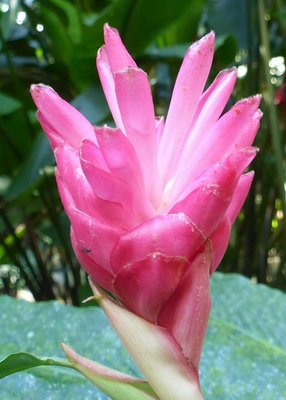 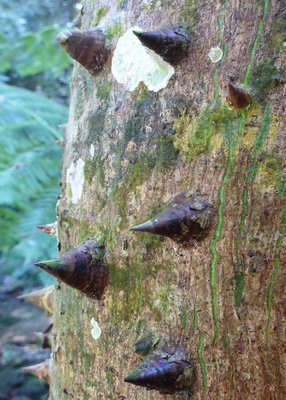 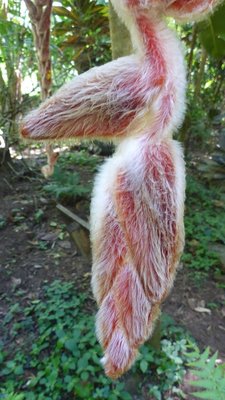 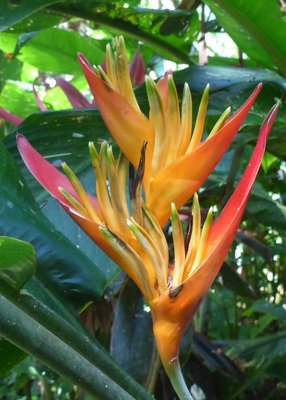 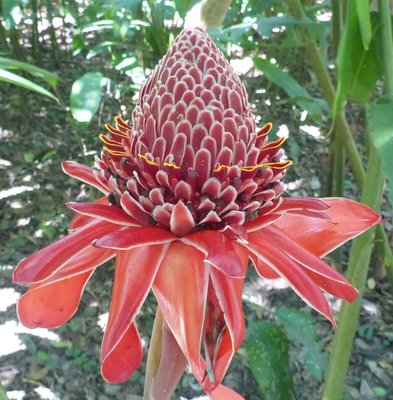 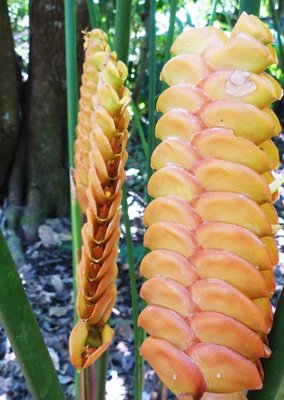 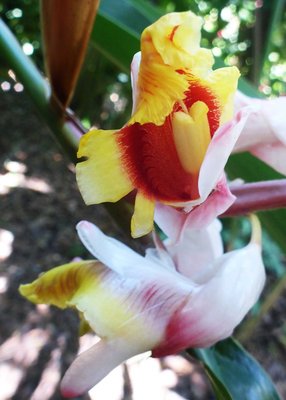 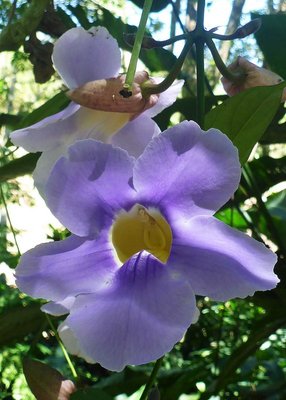 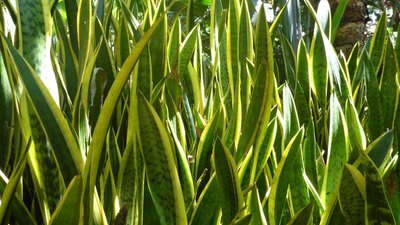 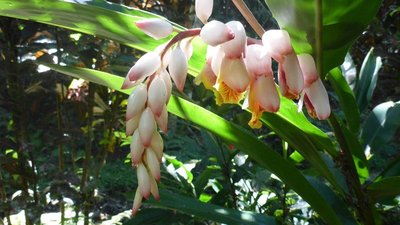 By now we were warm so we headed over to the waterfall to go for a dip. The spring fed river was refreshing, not cold and we swam up to the waterfall where Fred and Armando went into the small cave behind. 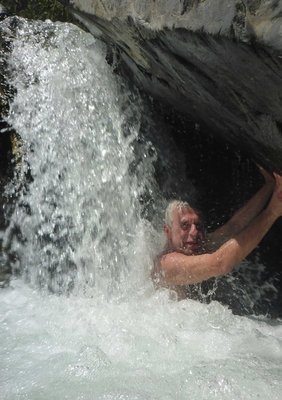 Now time for Mexican lunch, 3 p.m., the heat of the day, so we headed back to see Blanco where she presented us with delicious made to order meals. Eventually it was time to, reluctantly, head back to the hotel. Armando told us to dream of flowers and birds tonight. We’d definitely felt, as advertised, touched and blessed by the sacred wisdom of nature. 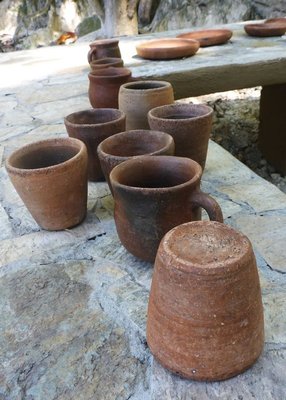 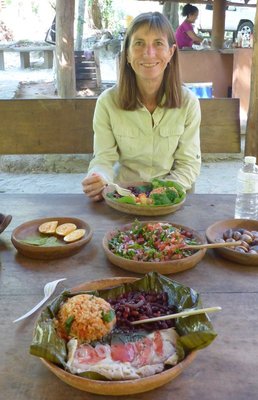 Posted by backtomexico 18:54 Archived in Mexico

Previous Next Table of contents

Comments on this blog entry are now closed to non-Travellerspoint members. You can still leave a comment if you are a member of Travellerspoint.

If you aren't a member of Travellerspoint yet, you can join for free.